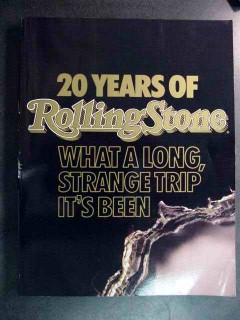 Soft covered book titled 20 YEARS OF ROLLING STONE What a Long, Strange Trip It's Been Edited by Jann Wenner, 1987, 464 pages more. This book was put together to commemorate the twentieth anniversary of Rolling Stone. The pieces in this book form an impressionistic chronology that attempts to suggest some of the ideas and events of the 20 years and the experiences of a generation. This collection is not meant to be the best of but rather an anthology which in intended to convey the passage of time and a sense of recent history. Chapters include: HAIGHT-ASHBURY PETE TOWNSHEND WOODSTOCK less 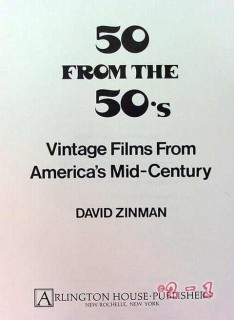 Hard covered book titled 50 From the 50's Vintage Films From America's Mid-Century more.  by David Zinman. 1979, 418 pages. Some of the Movies featured include: ALL ABOUT EVE THE ASPHALT JUNGLE BEN-HUR BORN YESTERDAY THE BRIDGE ON THE RIVER KWAI THE CAINE MUTINY FROM HERE TO ETERNITY HIGH NOON INVASION OF THE BODY SNATCHERS LA STRADA LIMELIGHT ON THE WATERFRONT PEYTON PLACE PILLOW TALK A PLACE IN THE SUN REBEL WITHOUT A CAUSE SHANE SINGIN' IN THE RAIN SOME LIKE IT HOT A STREETCAR NAMED DESIRE SUNSET BOULEVARD less 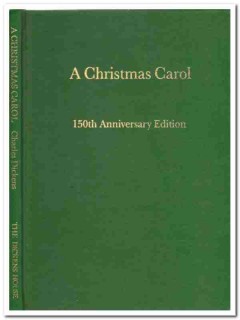 Hard covered book titled A CHRISTMAS CAROL In Prose Being a Ghost Story of Christmas by Charles Dickens more. Specially Edited for reading aloud before an audience, published 1993 to mark the 150th Anniversary of the original production on 19 December 1843, ISBN 0-9518525-1-5, Illustrations by Charles Wilton, 64 pages, signed & inscribed by Gerald Charles Dickens, Charles Dickens' great-great-grandson. This autographed book is in VG+ condition,  pages clean and intact, and the binding is tight. A must have for your collection! less 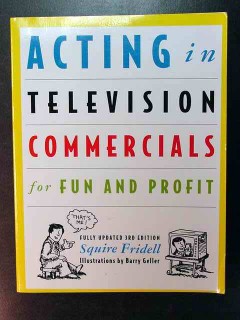 Soft covered book titled ACTING IN TELEVISION COMMERCIALS FOR FUN AND PROFIT more. by Squire Fridell, Illustrated by Barry Geller, 1986,  215 pages. Expanded and Updated. Acting in television commercials is fun, challenging, and often very lucrative. Squire Fridell offers tips and advice that will give you the edge necessary to break in and keep on working! This book is in VG condition. Pages are clean and intact, and the binding is tight. A must have for any actor! less 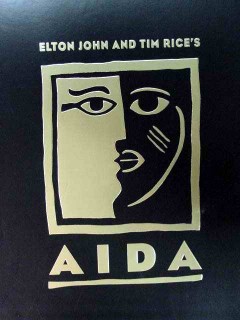 Soft covered book titled Elton John and Tim Rice's AIDA 2001, Disney Enterprises, All Photography, Original Broadway Company more. Here is story of Aida, the African slave princess, with the opening night April 6, 2001 cast program. Full of beautiful full color photographs, this book is in VG+ condition, with the pages clean and intact.  A must have for your Elton John collection! less 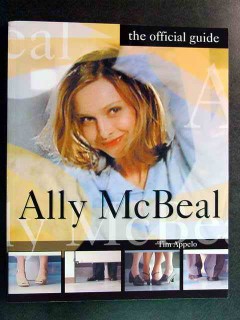 Soft covered book titled ALLY MCBEAL THE OFFICIAL GUIDE by Tim Appelo, First Edition, 1999, 207 pages more.Illustrated with more than 400 photographs, this official full color companion guide takes readers on an engaging trip through the hilarious, intelligent, and sometimes heartbreaking world of the endearing odd Ally and her friend and colleagues. Chock-full of fascinating facts and tidbits, this insider's guide include: behind the scenes glimpse at the show and staff, A guide to each episode, Fishisms, McBealisms, and Elaine's best inventions, and much more!It is in VG+ condition, pages clean less 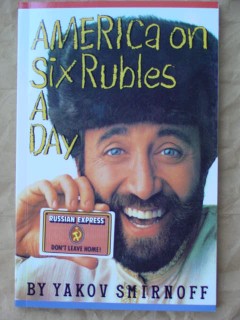 america on 6 rubles a day by yakov smirnoff signedcomedian book

Soft covered book titled AMERICA ON SIX RUBLES A DAY by Yakov Smirnoff more. the hilarious Russian comedian. Signed by author. Second edition, 1993, 124 pages. This book is in  VG+ Condition. Pages clean & intact, and the binding is tight. A must have for your comedy collection! less 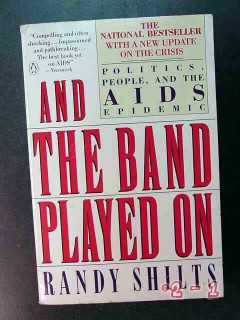 Soft covered book titled AND THE BAND PLAYED ON Politics, People, and the AIDS Epidemic by Randy Shilts, 1988, 640 pages more.During the early 1980s, AIDS spread unchecked in the US while a wide array of our most trusted institutions ignored or denied the threat. What happened? How was this epidemic allowed to spread so far before it was taken seriously?Randy Shilts answers these questions in a masterpiece of investigative reporting - a brilliant expose of the federal government putting budget ahead of the nation's welfare, health authorities placing political expediency before public health, and scientists more con less 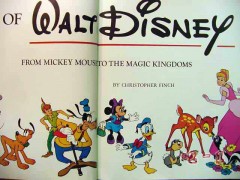 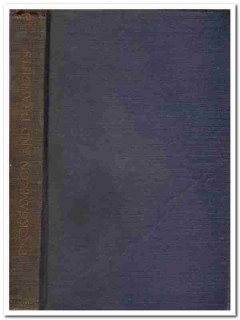 Hard covered book titled BACKGAMMON AND DRAUGHTS (or Checkers) Comprising G more.F. Pardon's Complete Work and Many Valuable Parts of Andrew Anderson's "Checkers" 126 pages. Some of the topics include: ORIGIN OF THE GAME HOW THE GAME IS PLAYED THE LAWS OF BACKGAMMON BACK-GAME CALCULATION OF CHANCES NAMES OF THE GAMES OR OPENING IN DRAUGHTS AND HOW FORMED ELEMENTARY POSITIONS ILLUSTRATIVE GAMES and much more! This book is in VG condition, pages clean and intact, and the binding is tight. Pages are yellowed from age. Cover is less 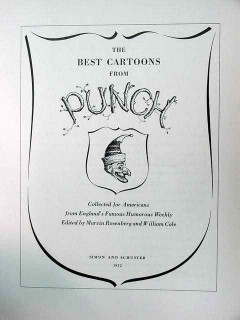 Hard covered book titled THE BEST CARTOONS FROM PUNCH Collected for Americans more. from England's Famous Humorous Weekly. Edited by Marvin Rosenberg and William Cole, 1952.This vintage book is in VG condition, pages clean and intact, and the binding is tight. The pages are slightly yellowed from age. The cover is scuffed and lightly soiled.A must have for any PUNCH fan! less 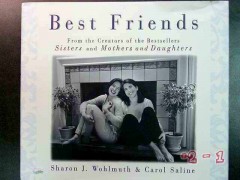 Hard covered book titled BEST FRIENDS by Sharon Wohlmuth & Carol Saline, First Edition, 1998, 152 pages more.What is it that inspires everyday friends to forge a lasting connection and become best friends? The authors capture the essence of the ties that bind these "chosen families" together. In this beautiful collection of essays and photographs, they survey friends from a broad range of American life. Best Friends illustrates more than just the good fortune of the people in its pages; it reveals the power, dignity and variety of the precious bonds we develop and maintain throughout o less 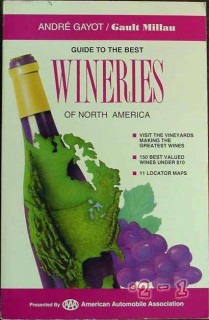 Soft covered book titled THE COMPLETE GUIDE TO THE BEST WINERIES OF NORTH AMERICA more. A Discriminating and Practical Guide to Wineries and Wines from Canada to Mexico and from California to New England Editor - Andre Gayot, 1993, 374 pages, ISBN 1-881066-02-9. Review of the best 400 wineries in North America. Index of wineries by state and country Recommendations on food and wine pairings Full geographical coverage of American Wineries from Canada to Mexico.This book is in VG++ condition,  pages are clean and intact and the binding is tight. A must have for less 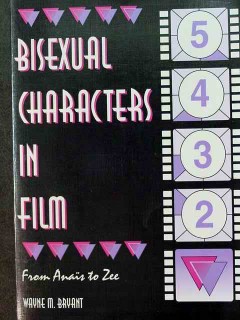 Soft covered book titled BISEXUAL CHARACTERS IN FILM FROM ANAIS TO ZEE by Wayne Bryant, 1997, 186 pages more.Topics include: SIMILARITIES & DIFFERENCES OF REAL AND CELLULOID BISEXUALS THE CASE OF NO SEXUALITY LUNATIC KILLERS AND THE MENTALLY ILL NO REST FOR THE WICKED! STEREOTYPES OF BISEXUAL HUSBANDS WHY WIVES TURN TO OTHER WOMEN PROMISCUITY AMONG SCREEN BISEXUALS BISEXUAL MALE PROSTITUTION THE BUTT OF THE JOKE LESBIAN AND BISEXUALS TOGETHER ON FILM BISEXUAL ENTERTAINERS: MAKING A DIFFERENCE BISEXUAL WRITERSand much more!This book is in VG condition, pages less 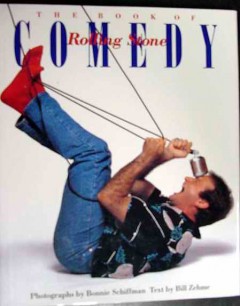 Hard covered book titled THE BOOK OF ROLLING STONE COMEDY. Photographs by Bonnie Schiffman more. Text by Bill Zehme, and Introduction by Billy Crystal. First Edition, 1991, 135 pages. This is a celebration of the people who have kept us laughing. In more than eighty photographs, we are witness to the Smothers Brothers in a pillow fight, Teri Garr in the bath, Martin Short in a fig leaf, Sid Caesar as strongman, Jonathan Winters with milk and cookies, Steve Martin in a skirt and tux, Eric Idle, without pants, serving tea. Gathered here are comedy's veterans, George Burns, Carl Reiner and J less 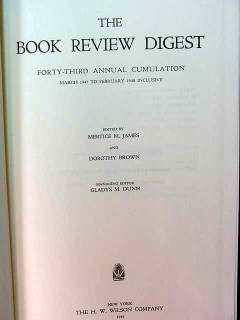 Hard covered book titled THE BOOK REVIEW DIGEST, FORTY-THIRD ANNUAL more. CUMULATION MARCH 1947 TO FEBRUARY 1948 INCLUSIVE. Edited by Mertice James and Dorothy Brown, 1948. 1114 pages. This book contains information on approximately 4050 books, published in the United States during 1946 and 1947, with a few published in England and Canada. This is the largest number of books entered in the Digest since 1939. This book is in Good condition. pages are clean and intact, and the binding is tight. Former library book has stickers and is stamped. less