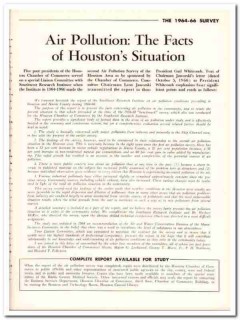 Original 1967 Houston business trade magazine vintage article titled AIR POLLUTION: THE FACTS OF HOUSTONS SITUATION more. Air Pollution Survey of the Houston Area, 1964-1966. This report presents results obtained during the air pollution survey conducted in the Houston, Texas area by Southwest Research Institute under the sponsorship of the Houston Chamber of Commerce. Results of the present survey conducted in 1964-1966 are compared with the results obtained in the previous survey in 1956-58, in order to identify and document changes which have occurred in the air pollution patterns of the area. Air pollution ca less 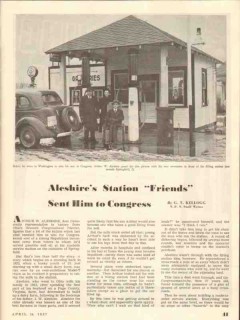 Original old petroleum trade magazine vintage article ARTHUR W more. ALESHIRE STATION of Springfield, OH.  Aleshire's friends sent him to Congress, by G.T. Kellogg.  Before he went to Washington to take his seat, he posed for this picture with his two secretaries in front of his filling station. He was first Democratic representative in history from Ohio's Seventh Congressional District. Expanded his gas stations to include groceries. This unique 1937 gasoline two page article would display beautifully matted and framed. less 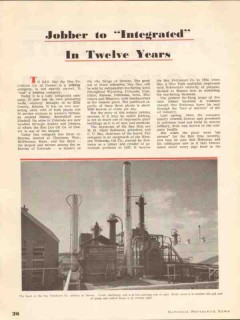 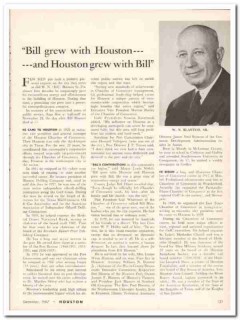 Original 1967 Houston trade magazine vintage article for W more. N. (BILL) BLANTON, SR.  Came to Houston, Texas in 1929 as executive vice president and general manager of the Houston Chamer of Commerce. For the nextr 22 years, he coordinated the communities cooperative efforts toward toward area-wide improvement through the Chamber of Commerce.  He retired from the Houston Chamber of Commerce in 1951 at age 61, at which time he became president of Blanton Drillin Company, until he sold it in 1957.  In 1959, he helped to organize the Med less 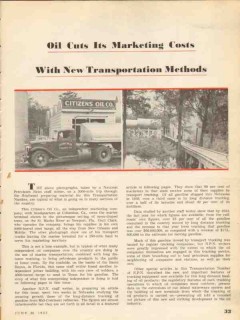 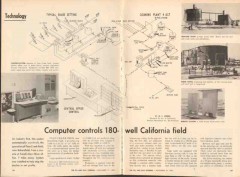 Original old petroleum trade magazine vintage article for COMPUTER CONTROLS 180 WELL CALIFORNIA FIELD more.  Poso Creek field, near Bakersfield, CA. is producing oil from 180 wells, under the control of a computer-operated system that will serve as a basic for further modernization of production facilities. Operations are controlled through microwave.  Equipment includes IBM 1620 computer, paper-tape punch and reader, console and printer.  An industry first, it is controlled 7 miles away at Socal's Kern River office.  It can automatically switch each well to gage in a programmed less 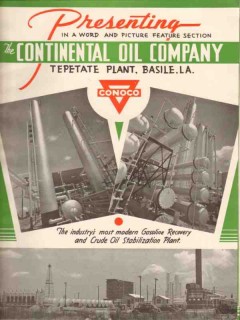 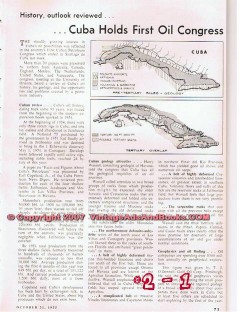 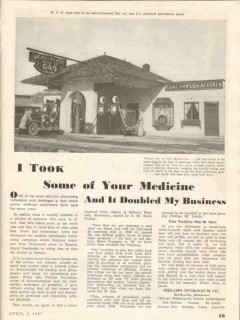 Original old petroleum trade magazine vintage article for DICKEY AND MILBERT Phillips 66 service station in Wayzata Bay on Lake Minnetonka, MN more. Don Dickey, owner.  Located in the heart of a great vacation country, tourist trade is plentiful.  Motorists recognize the friendly orange and black shield as the place to get the same performing gasoline which they have been using back home.  This unique 1937 oil and gas article advertisement would display beautifully matted and framed. less 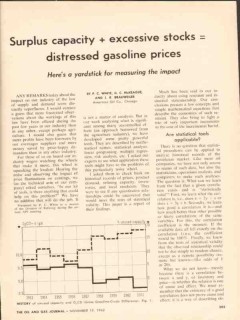 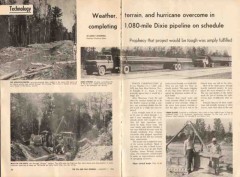 Original old petroleum trade magazine vintage article featuring the DIXIE PIPELINE COMPANY more.  Weather, terrain, and hurricane overcome in completing 1080 mile Dixie pipe line on schedule, by John P. O'Donnell.  When construction of the LPG line from Mont Belvieu, Texas to Raleigh, NC began, it was generally agreed that it would be a tough job.  After Hurricane Carla hit and the summer turned out to be the South's rainiest in half a century, any remaining doubts were removed. Shown are L.E. Anderson, constructino manager for the east, and M.S. Wharry, chief inspector for less 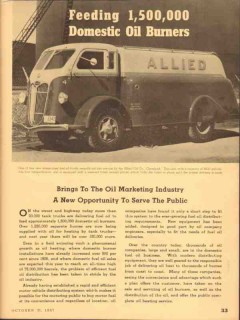 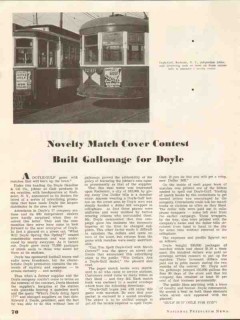 Original old petroleum trade magazine vintage article for DOYLE GASOLINE OIL COMPANY of Rochester, NY more. Novelty Match Cover Contest Built Gallonage.  Paper match books were distributed all customers who came to the service stations.  The object was to be skillful enough to get all the letters require to spell Doyle-Gulf.  If you did you got a crisp new dollar bill.  This unique 1937 oil and gas article would display beautifully matted and framed. less 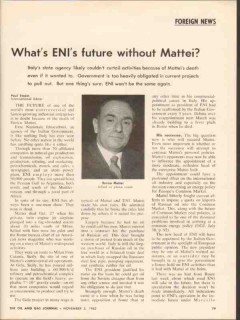 Original old oil and gas industry trade magazine vintage article for What's ENI's Future Without ENRICO MATTEI? more. The future of one of the world's most controversial and fastest growing industrial enterprises is in doubt because of the death of Enrico Mattei.  Ente Nazionale Idrocarburi, an agency of the Italian Government, is like nothing Italy has ever seen before.  Through more than 70 affiliated companies in natural gas production and transmission, oil exploration, production, refining, and marketing, petrochemicals, motels and cafes, a newspaper, and an atom power plant, ENI employs mo less 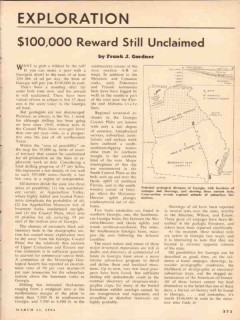 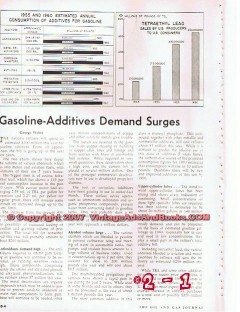