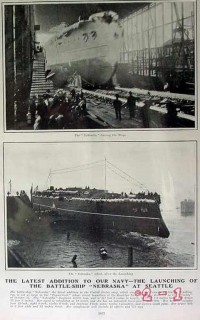 Original old magazine vintage article for  THE LAUNCHING OF THE BATTLE SHIP NEBRASKA more.  The Latest addition to our Navy, The Launching of the Battleship Nebraska at Seattle, Washington. This 1904  magazine pictorial article would display beautifully matted and framed. Moran shipyard in Seattle launches battleship Nebraska on October 7, 1904. On October 7, 1904, the battleship USS Nebraska is launched from Moran Brothers shipyard in Seattle. It is the only battleship built in Washington state. Fifty-five thousand people attend, including 40 less 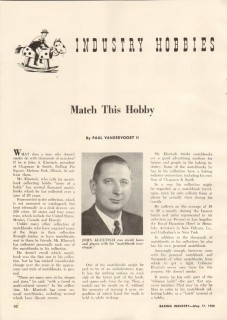 Original commercial bakery trade magazine vintage article for CHAPMAN AND SMITH COMPANY in Melrose Park, IL more.  John A. Kluetsch, president. Matchbook collecting is his hobby from places he actually visits during his travels, including Perino's in Los Angeles, the Royal Hawaiian Hotel in Honolulu, Antoine's in New Orleans, and Gallagher's in New York. 1958 unique old baking industry article by Paul Vandervoort, II. About six issues of this rare magazine was found in a storage unit, in their original, rolled paper mailing sleeve addressed to Frieds Bakery in Mountaindale, New York. These magazin less 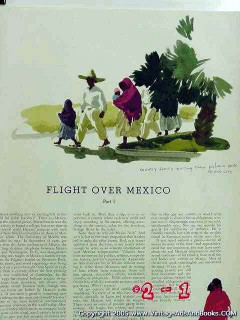 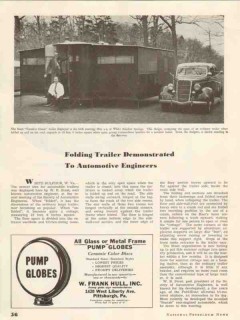 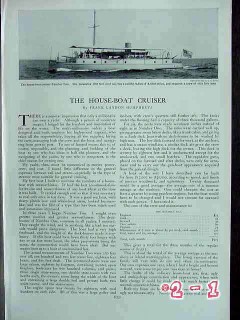 Original vintage magazine article titled THE HOUSE BOAT CRUISER by Frank Landon Humphreys more.  The yacht he describes can be built from 17,000 to 30,000 Dollars according to speed, finish of interior woodwork and upholstery.  Cost of crew and maintenance for a monthly bill is 75 Dollars for Engineer, 45 Dollars for a Cook, 30 Dollars for a Steward, 60 Dollars for Two Sailors, 75 Dollars for a Captain, 100 Dollars for Maintenance of 6 Men, 120 Dollars for Coal, Water and Ice.  Grand total Monthly Bill, 505 Dollars. Old 1905 two-page  travel article.   less 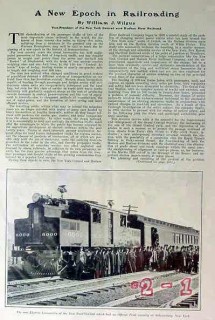 Original vintage magazine article, A NEW EPOCH IN RAILROADING by William J more. Wilgus, Vice President of the New York Central and Hudson River Railroad, 1904. There is a photograph of "The new Electric Locomotive of the New York Central which had an Official Trial recently at Schenectady, New York." The electrification of the passenger traffic of two to the most important stem railroads in the world, for distances of from 25 miles to 35 miles, radiating from a terminus in the greatest city on the Western Hemisphere, may well be said to mark the beginning of less 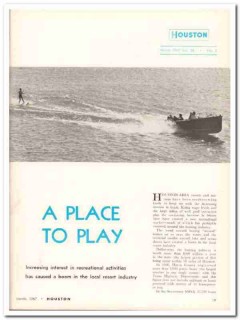 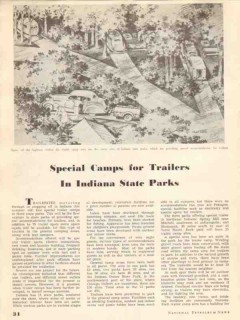